75 years ago today Saturday the 9th of May 2020 Jersey was liberated from the German forces by the British army and Royal navy, as we look to celebrate this special day there is a solemness in this as millions of people gave their lives so that we could have our freedom.

For me as a photographer, I have the great freedom to roam around this beautiful island and create images with the beautiful light that is there

I am grateful to the people who fought for people like me who weren't even born then so that we could have the freedom to live our lives As we battle yet another advancing enemy which is unseen, we all need to do our part in the battle against COVID 19.

As you know I love to create art in my images, I hope you enjoy the set of images I have created to celebrate the Liberation 75 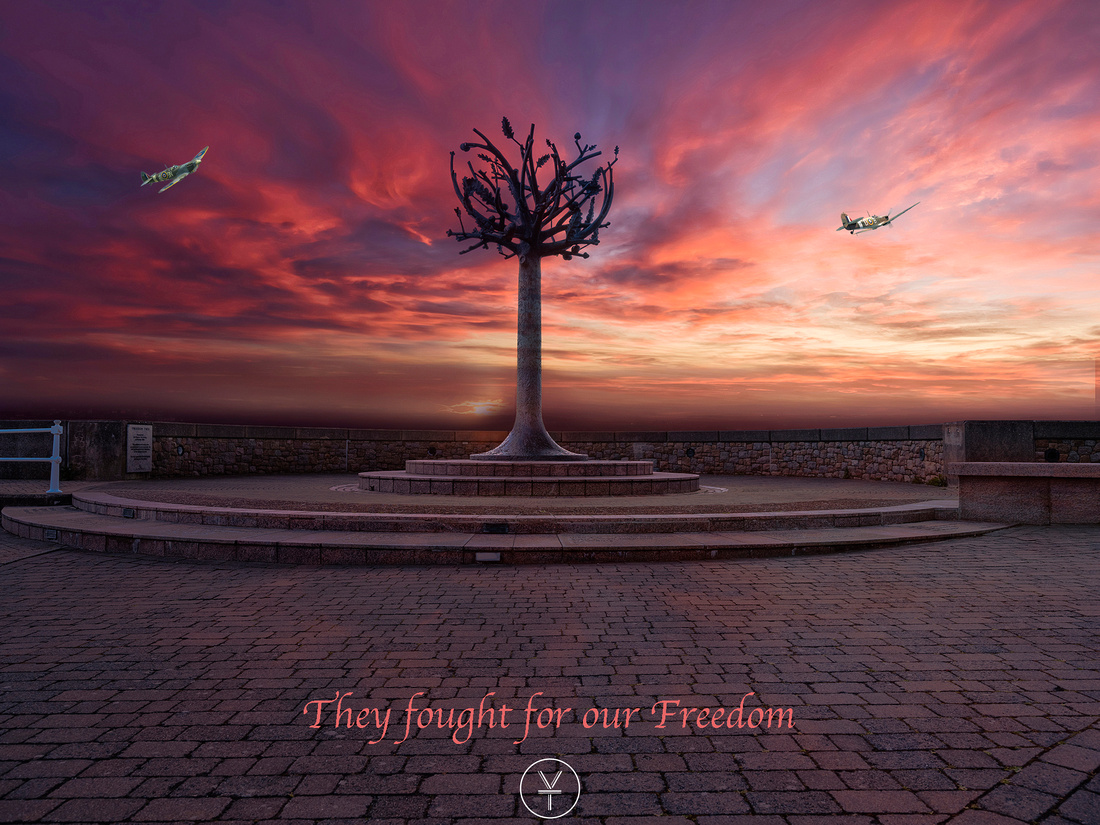 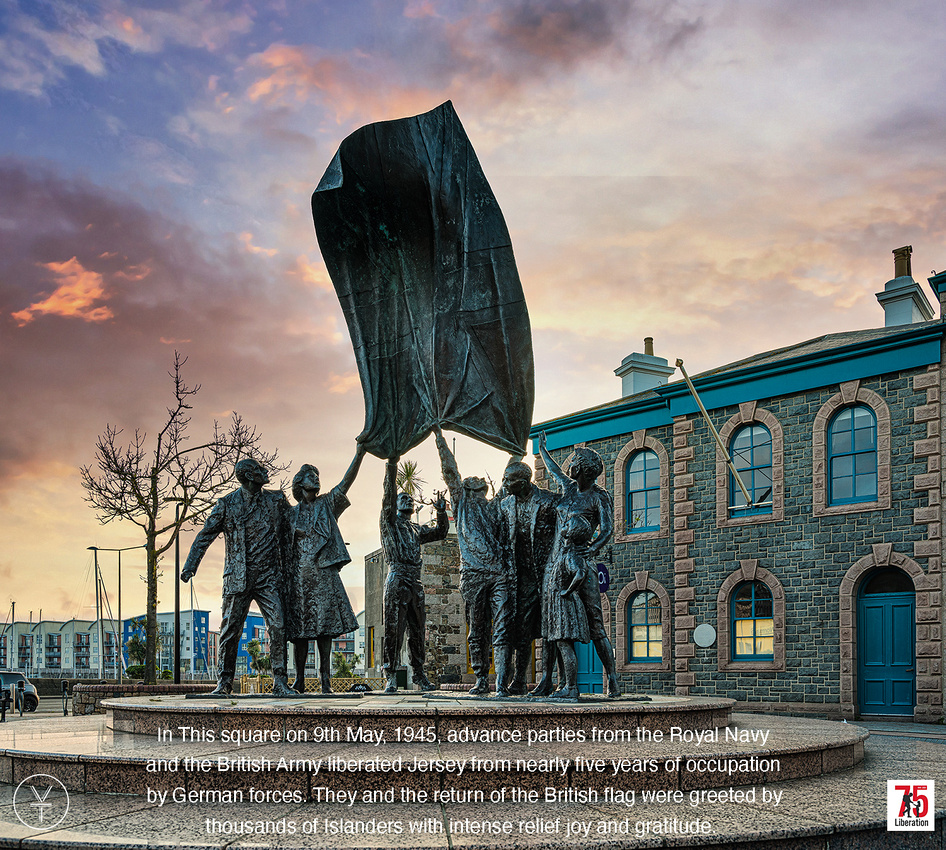 At this place on the 9th May 1945, advanced parties from the royal navy and the British army liberated jersey from nearly five years of occupation by the German forces. they and the return of the British flag were greeted by thousands of islanders with relief, joy and gratitude.

On the 50th anniversary of that day, the states and people of jersey dedicate this liberation square to commemorate that historic event and all those whose efforts and sacrifices made this possible.

the sculpture by Philip Jackson FRBS was commissioned by the Jersey public sculpture trust and unveiled by his royal highness the prince of wales on 9th May 1995.

The design of the square includes a significant degree of symbolism which can be explained as follows, each circle has a function relating to the sculpture; the fountain; the compass; the flagpoles and the
time capsule the circular and curvilinear forms represent free thought and liberation.

The compass rose signifies that jersey is part of a larger global community. whilst rejoicing in its own liberation in 1945 and peace during the subsequent 50 years, Jersey looks outward in the hope that the peace and freedom that it enjoys will one day extend throughout the world? 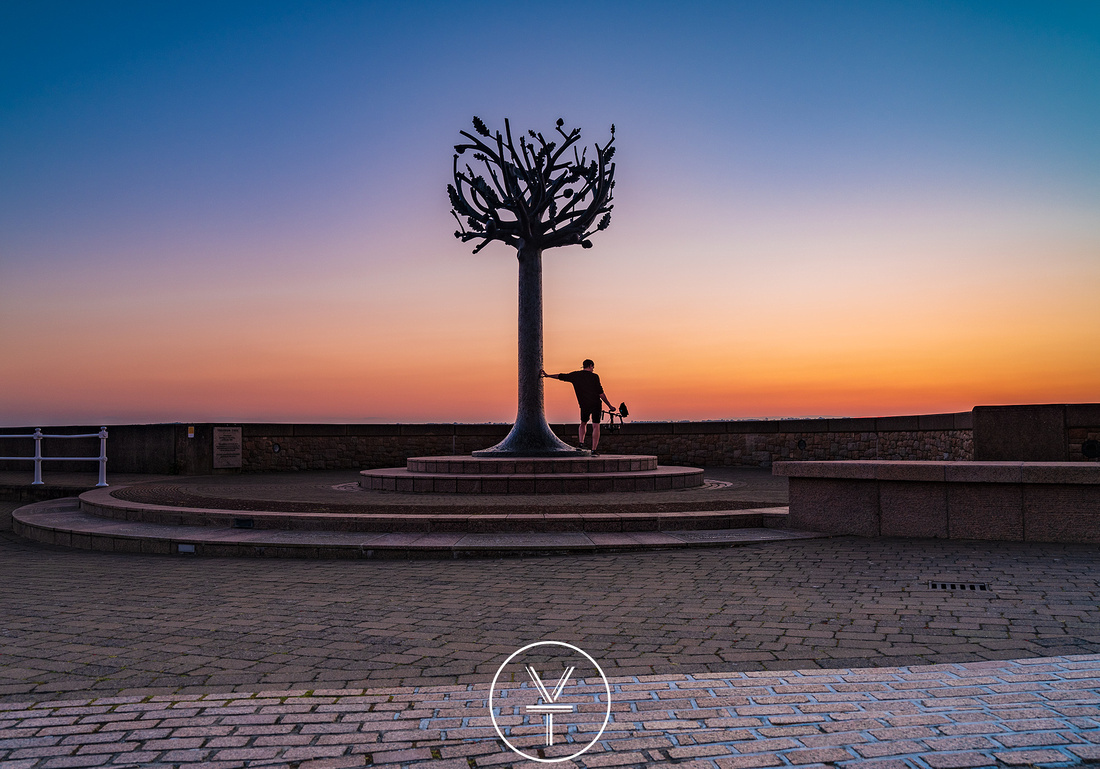 UNVEILED BY
Her Majesty The Queen on 9th May 2005

The sculpture and poem were commissioned to commemorate the 60th anniversary of the Liberation
of the people of Jersey. The tree represents freedom, peace and hope for the future. 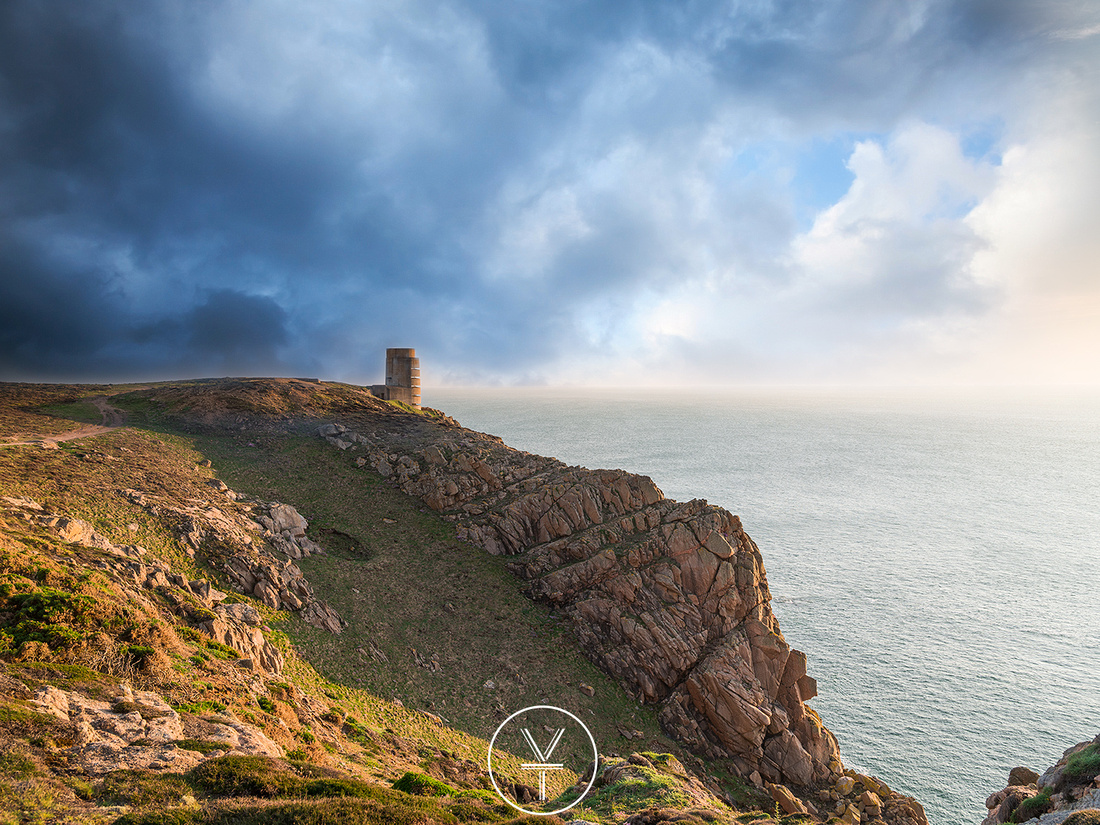 Enemy at the door

Enemy at the door, as I looked in the silence at this lifeless monument that will remain for Millennia its a stark reminder of the hold the Germans had on the island, this is one of many fortresses found along the coast of Jersey 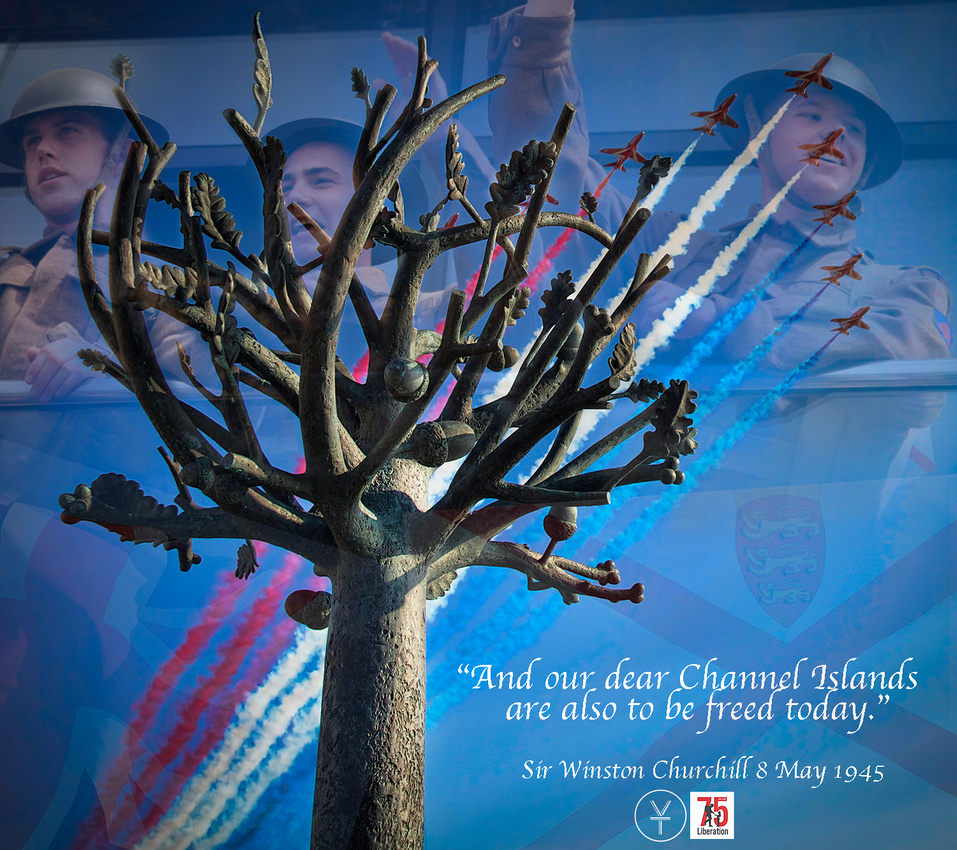 "And our dear Channel Islands are also to be freed today" these poignant words spoken by Sir Winston Churchill brought jubilation to the Islanders in both Jersey and Guernsey.

The last couple of days I have been quite emotional for me, there is so much pain yet again in the world and also reflecting on the 75th anniversary of the liberation we are living in very difficult times.
As we celebrate today I would like to send my very best wishes to you and your family's

The occupation and my family

My grandpa lived through the occupation in Jersey he was a cabinet maker and a french polisher by trade, to say he was an entrepreneur and amazingly good at his job is an understatement he too was a photographer like me and I'm sure he passed this talent on to me,

My grandpa made homemade cameras out of wood and took beautiful pictures of my mother when she was a little girl a truly amazing talent don't you think?

Grandpa was sent to Alderney during the war years and he was ordered to make beautiful French polished furniture for the Germans, he escaped the camps thank god as I would have never been here 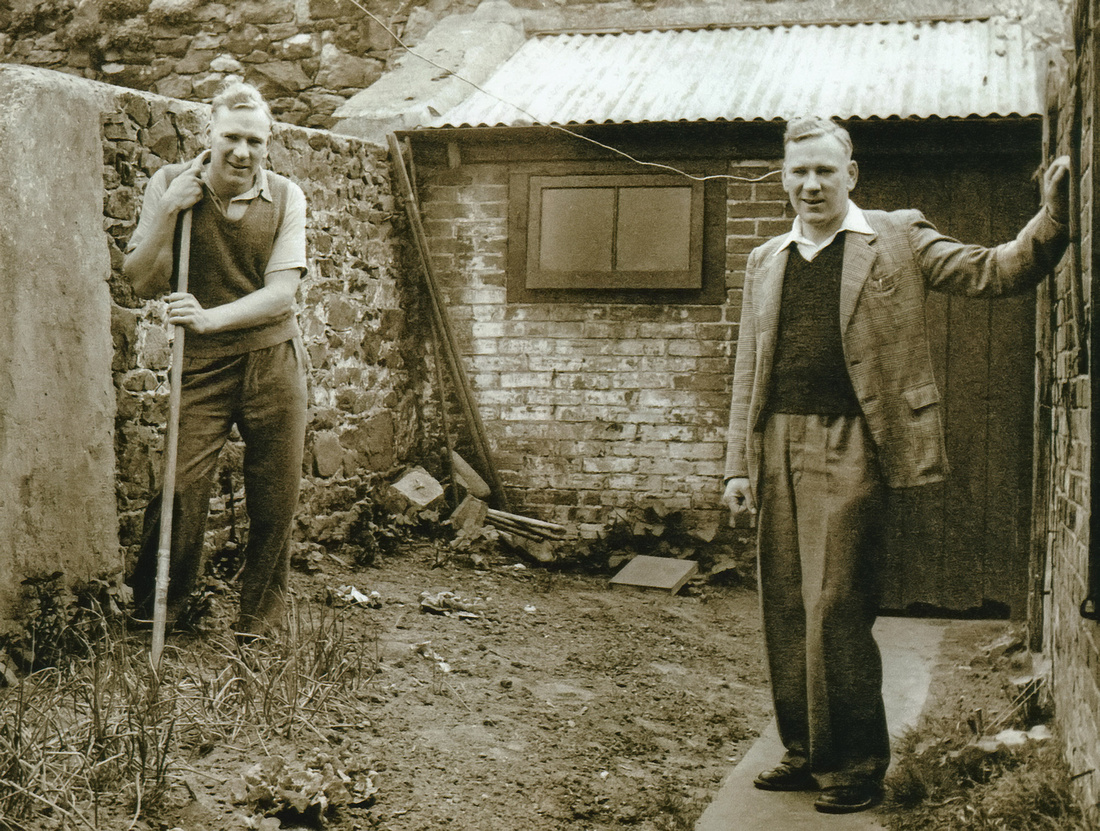 Grandpa in the 40s 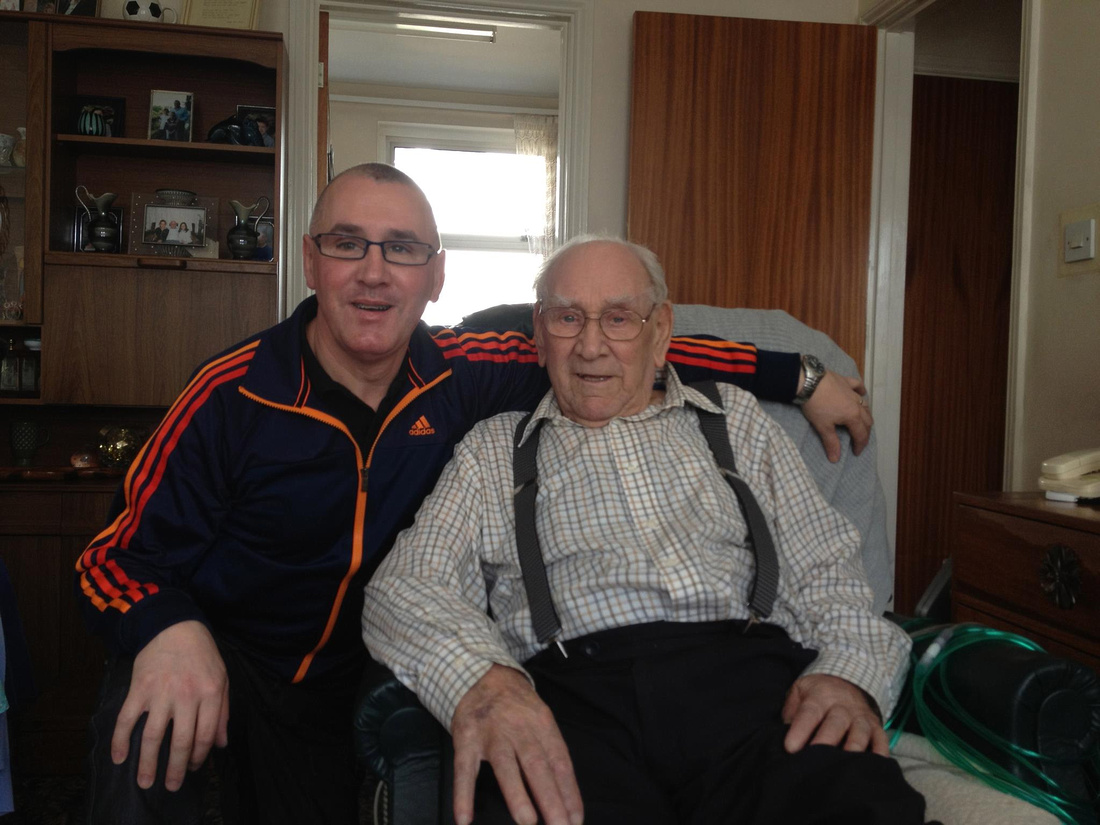 The passing of my Grandpa

My grandfather was a professional Freelance photographer, he spent Many hours up at Grosnez, during his youth and as an elder person, my grandfather also spent many hours in Alderney French polishing furniture for the Germans that’s how he escape the camps as he was a French Polisher and cabinet maker.

I lost my grandfather in 2014 and on the day he passed I needed some headspace so I went up to one of my favourite places in this case Grosnez to take some photographs, I always remember it was a beautiful day, As I was driving along the 5-mile road towards the area I could see a cloud which was almost level with the car and I thought that’s interesting but thought no more of it.

When I got up to Grosnez the cloud was slightly to the right of me, so I thought I’m just going to take some photographs of the castle as you do as a freelance landscape photographer.

I shot the castle with the cloud array above it, got in the car and went home, When I got home I uploaded the photographs to look at them so I could pre-process them, my wife said to me have you seen what you have captured, on a closer look I noticed the shape of a massive dragon in the clouds almost attacking this ancient castle, even an eye had formed on the head. Along with this if you study the image you can notice two Angles in the shape of clouds, I've been accused many times of photoshopping this image but I have not.

Now we do not know what happens in the afterlife however it’s very ironic I was up there on my own not a soul in sight and suddenly this amazing picture that I’ve been able to capture.

I watched Darkest Hour this afternoon, a poignant film indeed on VE Day Sir Winston Churchill said “My dear friends, this is your hour.

This is not a victory of a party or of any class. It's a victory of the great British nation as a whole. as we reflect on this weekend I leave you with 2 final photos from last night that celebrate our freedom. 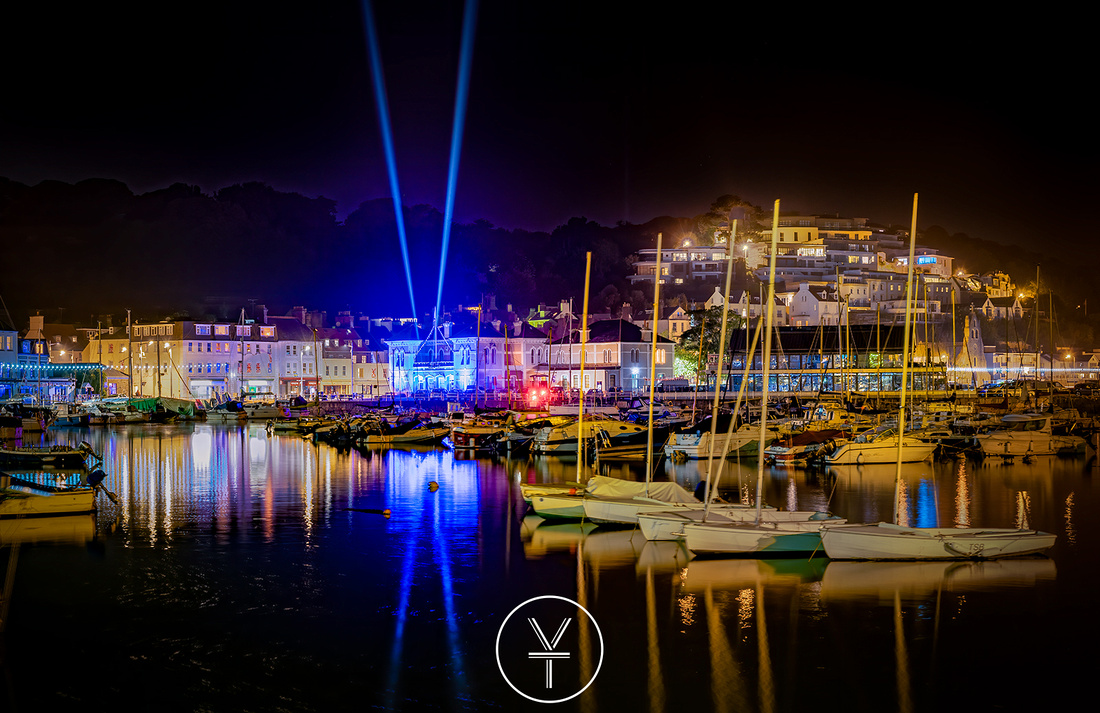 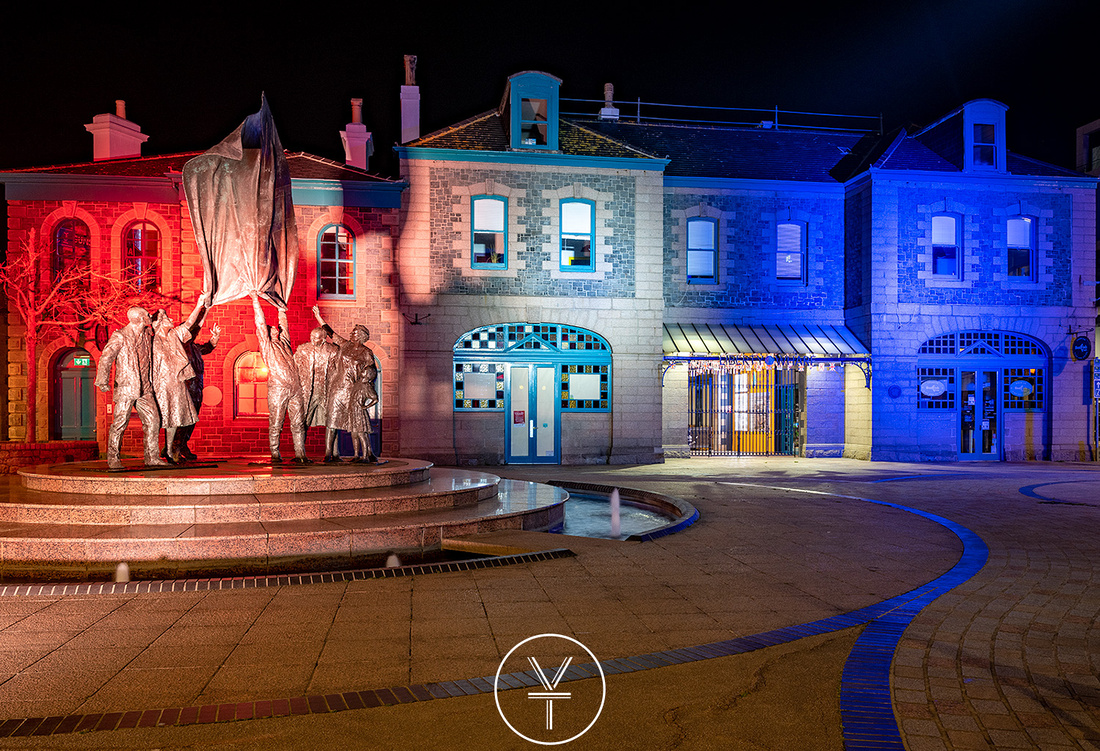